This page may include affiliate links that we may earn a commission from, but this doesn't influence our content. 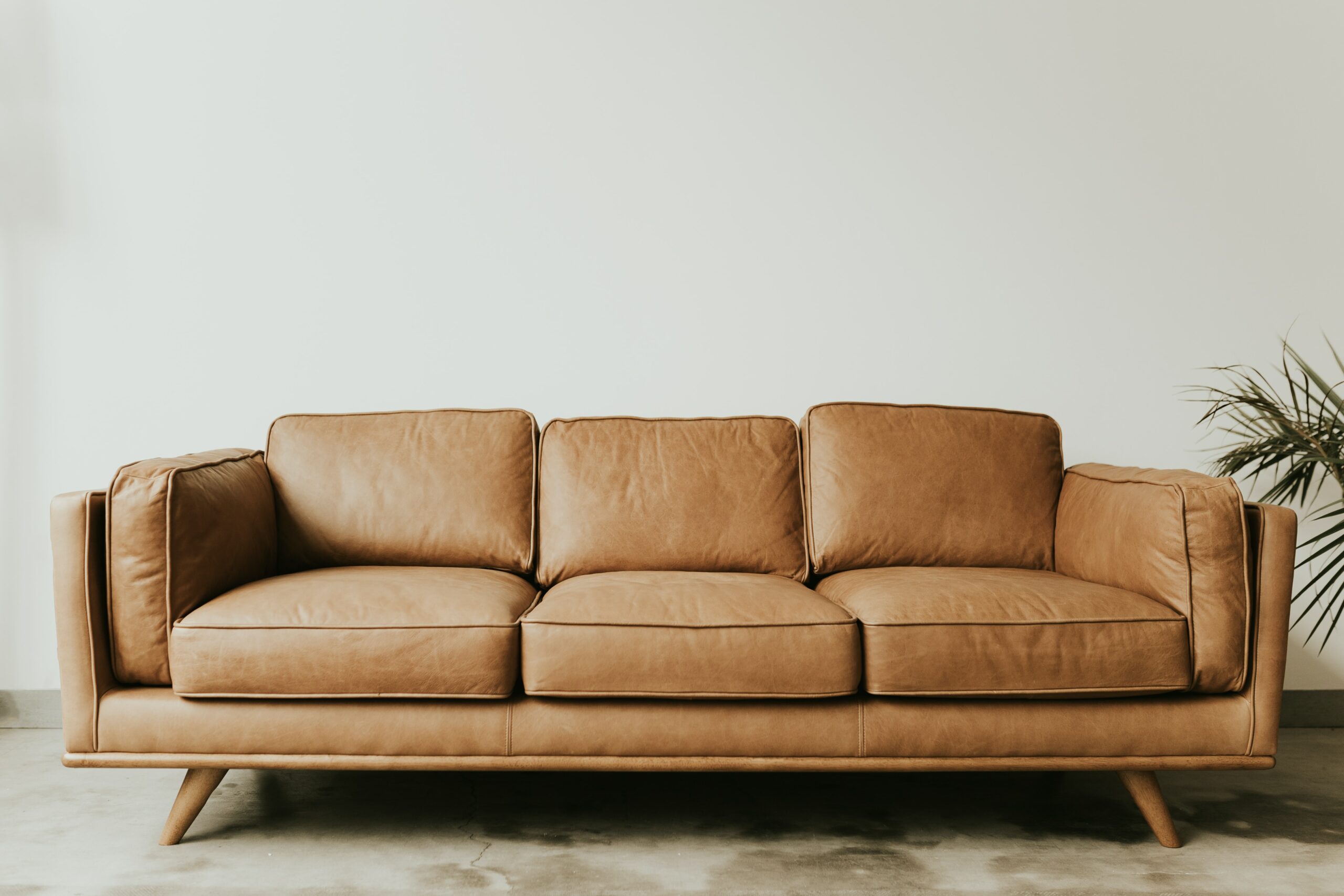 You may have heard that there’s an ongoing debate in the design community about the terms “sofa” and “couch” (or maybe you haven’t). Either way, whether you should refer to your seating as a couch or a sofa may be a question that comes up when you’re looking into buying (or simply having a conversation regarding the couch in the living room… or is it a sofa)?

Check out our guide to sofa vs. couch, including when and why to use each term.

First, let’s dive into the history of each term.

Originally from the Arabic word “suffah” referring to a wooden bench with pillows and blankets, sofa derives its historical meaning from ancient Egyptian aristocracy.

Not as much meant for lying down as for sitting during formal events, comfort was not as much of the focus as style and status.

Historically, sofas were an upholstered bench with two arms, cushions, and lots of space to sit.

Hailing from the French term “couche” which can mean “to lie down,” a couch was meant for lying down and lounging in a more casual setting.

Throughout the years, however, the original meanings and forms of couches vs. sofas have become less important and more superficial, leaning on a general feeling from the piece over technicalities.

Sofa vs. Couch: How Should I Use the Terms?

Now that we know a bit about the history, let’s analyze how you’ll want to use these terms in today’s age.

While the terms couch and sofa are colloquially pretty interchangeable, sofa tends to be the term used for a piece that looks a little more formal. Because of the higher status and formality of the term, designers tend to use “sofa” more than “couch.”

That said, the sofa term is typically used less often than the couch term as sofas have a higher connotation of being used for hosting. Because of the hosting aspect of sofas, they tend to be a little larger than couches and seat more people.

Because of the formality of sofas, they tend to be pieces that are more design-driven and polished than a couch. Comfort is less important than design because it is not a piece used for casual lying or everyday use.

Couches are seen as pieces that are casual and comfortable, with a focus on everyday use over hosting and formal events.

They are typically smaller than sofas, but this is definitely one of the looser distinctions as the move for casual couches for the family are becoming bigger and bigger for more members to lie down.

With an emphasis on function, durability, and comfort, couches tend to be overstuffed, upholstered with more comfortable fabrics, and cheaper than sofas. If you have a comfortable piece made for lounging with your family and pets that you use daily for watching tv or other menial activities, odds are you have a couch.

Which Term to Use When Shopping?

Using one term over the other could be slightly beneficial if you’re looking for something very specific when shopping, but odds are, it’s not really going to matter.

If you want something really stylized, you could be more specific and use the word sofa which might cut out the more casual options, but it’s not likely to make much of a difference because of the common use of both terms.

Either word that you search is likely to pull up a wide variety of options with different styles, prices, and fabrics. We’d recommend using both terms when you search to see what comes up!

It can also vary how each different place you’re looking defines their own terms and uses them to describe the pieces they offer since the terms are becoming less differentiated and more colloquial.

This may also depend on the website or store you’re shopping at. Some sites may prefer to use couch for their listings, while others may focus on sofa (and others may pull up the same results). At Wayfair, for example, the two search terms pull up very similar results.

Overall, Does It Really Matter?

The short answer is no, it doesn’t really matter whether you refer to something as a sofa or a couch.

Everyone’s going to know what you’re talking about and the only people who might correct you probably care a little too much. The terms aren’t clear enough anymore to matter all that much, and they’re becoming less differentiated as time goes by.

Sometimes the distinction can be more regional than technical and have more to do with the vocabulary and class of the user than the actual piece to which they are referring. A high-society woman who hosts a lot of dinner parties is more likely to call hers a sofa, while the dad asking their teenager to do chores might refer to it as the couch.

Wherever you land on the couch or sofa distinction, odds are there aren’t enough people around you who know all that much about it. So, you can refer to the piece however you want to, with the secret knowledge that there is a difference (but not quite enough of one to be pertinent).

7 Most Comfortable IKEA Sofas + Couches in 2022

25 Tips for Living in a Studio Apartment

Lovesac Reviews 2022: Worth the Splurge?